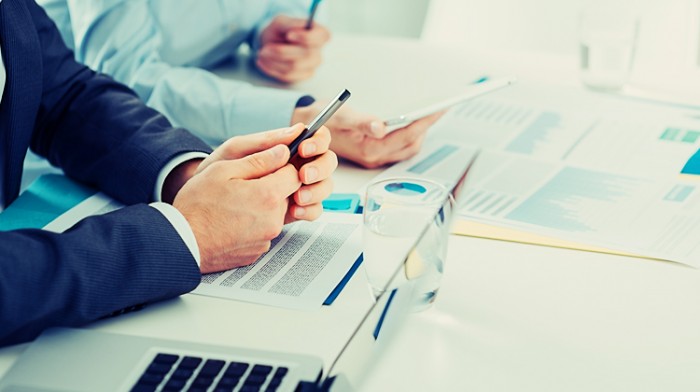 The UK-ASEAN Business Council Board of Directors consists of representatives from influential UK companies with vast experience of doing business in ASEAN. They are all keen to share their knowledge and to promote the incredible range of opportunities available to UK businesses.

Currently she is a Conservative peer, sitting on the Lords EU Committee (and its Financial Services sub-committee), is Chairman of Red Tractor (the food assurance organization) and is a non-executive director of Capita plc, Secure Trust Bank Plc, Thomson Reuters Founders Share Company and Health Data Research UK

Lucy became a peer in 2013 and was Parliamentary Under-Secretary of State for Business and Minister for Intellectual Property from 2014-2016. She represented the UK on the Digital Single Market and in the EU Competitiveness Council. From 2016-2017 she was the Minister of State responsible for energy and then Commercial Secretary at the Treasury.

Lucy is a Governor of the London Business School and an honorary fellow of her old college, Somerville College, Oxford. She is married with four sons, and is interested in the arts, cricket, racing and gardening. She lives in Southwark and Wiltshire.

Patrick is one of HSBC’s most experienced bankers, responsible for developing business with some of our largest global clients.

In his role as Global Head of Corporate Banking, Patrick oversees all flow banking activity in collaboration with GLCM, GTRF, Global Markets and other areas of the Group, and works closely with Regional Banking Heads on client prioritisation and leadership of GRB and Multis teams across all sectors and product roadmaps to support client needs.

Outside of HSBC, Patrick is Vice Chairman of the UK ASEAN Business Council and a member of the board of BQF (The British Quality Foundation), a not for profit membership organisation which supports continuous improvement within the UK and overseas businesses. In this capacity, he has served as Chairman of the Risk and Investment Committee.

Patrick is an Associate of the Chartered Institute of Bankers (ACIB) and holds a degree in History from the University of Manchester.

Ross was appointed Executive Director of the UK-ASEAN Business Council in September 2013. Prior to taking up this position, he has held a variety of roles across government including heading up UK Trade & Investment’s Sponsorship Team; serving as a diplomat in Kuwait, Iraq and South Africa; and working as a Private Secretary for two different government ministers.

Philip has travelled extensively on a global basis and has dealt with numerous hands-on international trade and finance scenarios, specializing in infrastructure solutions. Philip joined JCB in 2002 to bring the Chinese market into JCB’s global strategy.  Currently based in London covering international diplomatic liaison, with particular emphasis on India and global account relations.

Matt Cavanagh joined Prudential in March 2013 and took up the position of Director of Group Government Relations in October 2013. Prior to joining Prudential, he was Head of Public Affairs at the John Lewis Partnership. From 2003-2007 he worked as a special adviser in the Treasury, Home Office, and Ministry of Defence, and then from 2007-2010 in Downing Street. Previously he spent several years at the Boston Consulting Group, and as a Lecturer in Philosophy at St Catherine’s College Oxford. He holds an MA, BPhil and DPhil from the University of Oxford.

After studying geography at Oriel College, Oxford, Philip joined Deloitte Haskins & Sells in London in 1974 and qualified as a Chartered Accountant before joining the Jardine Matheson Group in Hong Kong in 1980. He has served in a number of senior management roles across the Group in Hong Kong, Japan and Australia. He was appointed finance director of Matheson & Co., Limited in 2006. 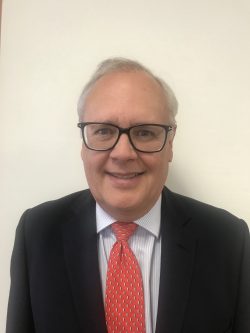 Andrew Jeffreys is the Founder and Chief Executive Officer of the Oxford Business Group (OBG), the global publishing, research and consultancy firm, which produces an authoritative series of annual country reports across 35 countries and territories in Asia, the Middle East, South America and Africa.

An internationally regarded analyst, he is a regular guest on television and radio, including the BBC and CNN, and writes often for the regional and international media. He travelled with Prime Minister Cameron as a Delegate on several overseas trips, including ones to Asia, Mexico and India.  In 2012, he was appointed to the Board of the UK-ASEAN Business Council.

He founded OBG in 1994 after leaving Oxford University, where he graduated from St Catherine’s College with an honours degree in Politics, Philosophy and Economics. Over the last 20 years, the firm has built up a staff of almost 250 across four continents.

Margaret has been associated with technical innovation and creativity since 1996 when she founded Reading Room growing it to become one of the UK’s largest digital agencies with offices across the UK, ASEAN and Australia. After the sale of the UK business in October 2015, she led a management buy-in for the Asia-Pacific business, rebranded as Adelphi Digital and selling to EY in 2018.

Margaret joined EY, strengthening the digital consultancy practice across the Asia-Pacific Area. At the EY organization, Margaret focuses on creating a better digital experience for customers and staff, delivered by the Digital Experience squads through strategy, design, build, enhancement and support services.

Her lifelong pursuit of online gaming, a degree in psychology (specializing in artificial intelligence) and management consultancy background has led to a special interest in online communications. Margaret continues to explore how the Internet is fundamentally changing the way business works, an example being the increasing acceptance of agile business.

In June 2015, Margaret received the Order of the British Empire (OBE) for services provided to British exports to Singapore and the wider Asia-Pacific region. She remains committed to helping small and midsized enterprises from any region to expand both nationally and internationally.

Margaret has won numerous accolades, including the SBR Management Excellence Awards in 2015, the Stevie International Business Awards in 2013 and the Best CIO Awards in 2012.

Sam joined the UK’s Department for International Trade in April 2019, where he is responsible for the trade and investment relationship between Southeast Asia and the UK. He is based in Singapore and leads a team of 90 staff across ASEAN based in British Embassies and diplomatic missions. Before joining DIT, Sam was on secondment to the pharmaceutical company AstraZeneca, where he was head of UK Science Policy and Relations.

Sam’s Civil Service career began in 2001 as a graduate in the Business Department, where he ran a Minister’s Private Office before becoming Head of External Relations leading the Department’s relationships and engagement with business operations. He has also spent 6 years in Asia with the Foreign and Commonwealth Office, boosting science and technology partnerships with Southeast Asia and China. Sam has a Masters in Biochemistry from the University of Bath and his structural biology research at Mount Sinai, New York, was published in the journal Science.

Following a scientific career in research and industry, Amanda moved into business intelligence with Glaxo SmithKline prior to joining the University of York in 1999. Amanda is responsible for the engagement of the University with business with a special focus on the development and delivery of professional development and executive education courses for organisations across the world.

Through her work with UK Trade & Investment, much of Amanda’s work involves promoting the UK Higher Education and Corporate Training sector to overseas governments and corporations and she regularly speaks to audiences of UK businesses on export and international business.

Amanda is also Founder and Director of the Training Gateway a FREE brokerage service providing a quick and easy way for any organisation wishing to source corporate, vocational and executive training and educational partnerships from UK universities, colleges and private training providers.

Amanda has worked extensively across the MENA region with both governments and the private sector and regularly takes UK education and training trade missions to the region and sits on the UK-ASEAN Business Council representing Higher Education and SMEs.