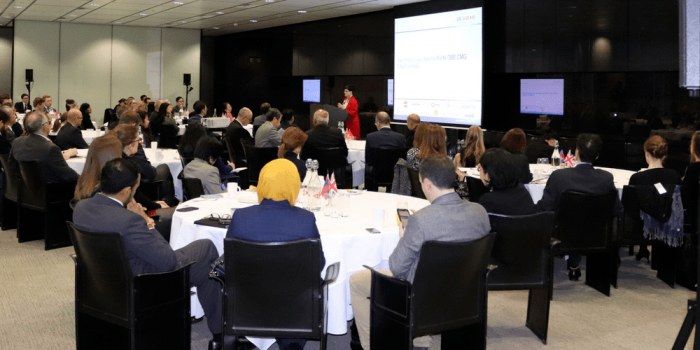 The ASEAN story for 2020 is one of optimism in stormy trading waters. It is also one of partnership as the UK looks to deepen its relationship with ASEAN in a way not seen before. The full room – that included ASEAN diplomats, UK government and business figures – heard about the priorities for Vietnam’s Chairmanship, DIT’s strategic plan for the region and what UK businesses are focusing on in 2020.

Patrick Nolan, Global Head of Corporate Banking, HSBC and Vice-Chair, UKABC, in welcoming the guests to HSBC’s Canary Wharf HQ noted that the bank was delighted to host the briefing especially as HSBC celebrates its 150th year of being present in Vietnam. While the world’s economic growth, in general, is slowing down, Mr Nolan highlighted that Vietnam is bucking the trend with 7% growth and is embracing free trade signing FTAs with Chile, Japan, Korea and the EU as well as the Comprehensive and Progressive Agreement for Transpacific Partnership (CPTPP). 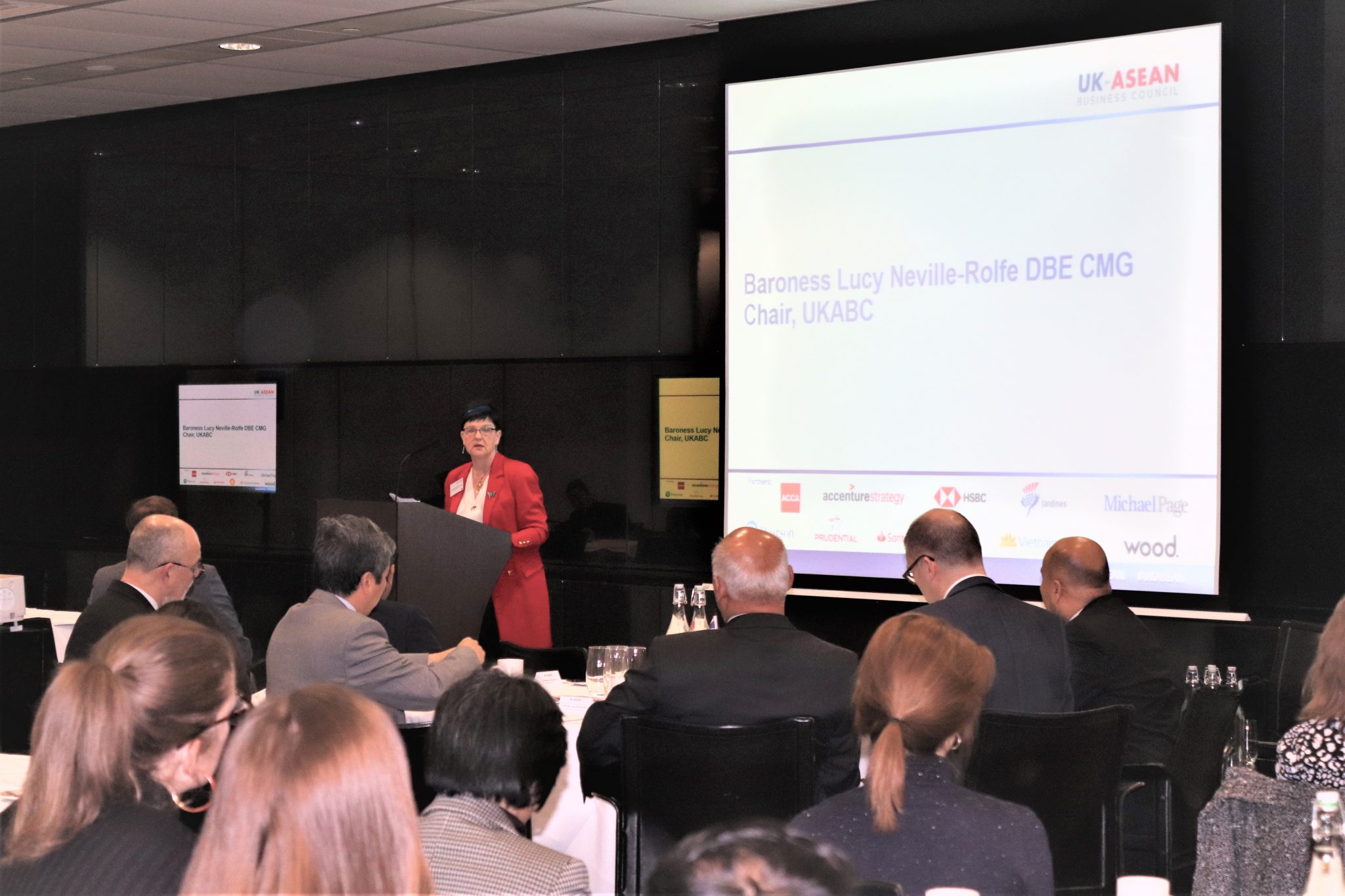 UKABC Chair – Baroness Neville-Rolfe, laid out some of the UKABC’s ambitious plans for the year ahead while reflecting on the mission she led to the ASEAN Business and Investment Summit in Bangkok last November that featured meetings with Thailand’s Deputy Prime Minister, Philippine’s Secretary of Trade, Brunei’s Minister of Foreign Affairs, and senior figures from business from across Southeast Asia.

Baroness Neville-Rolfe highlighted that while the Forum was taking place in London, just a few hours earlier, FCO Minister for Asia Pacific Helen Wheeler, was in Jakarta to strengthen the UK partnership with the region by visiting the ASEAN Secretary-General and to open the new UK mission to ASEAN with the UK’s first Ambassador to ASEAN Jon Lambe. 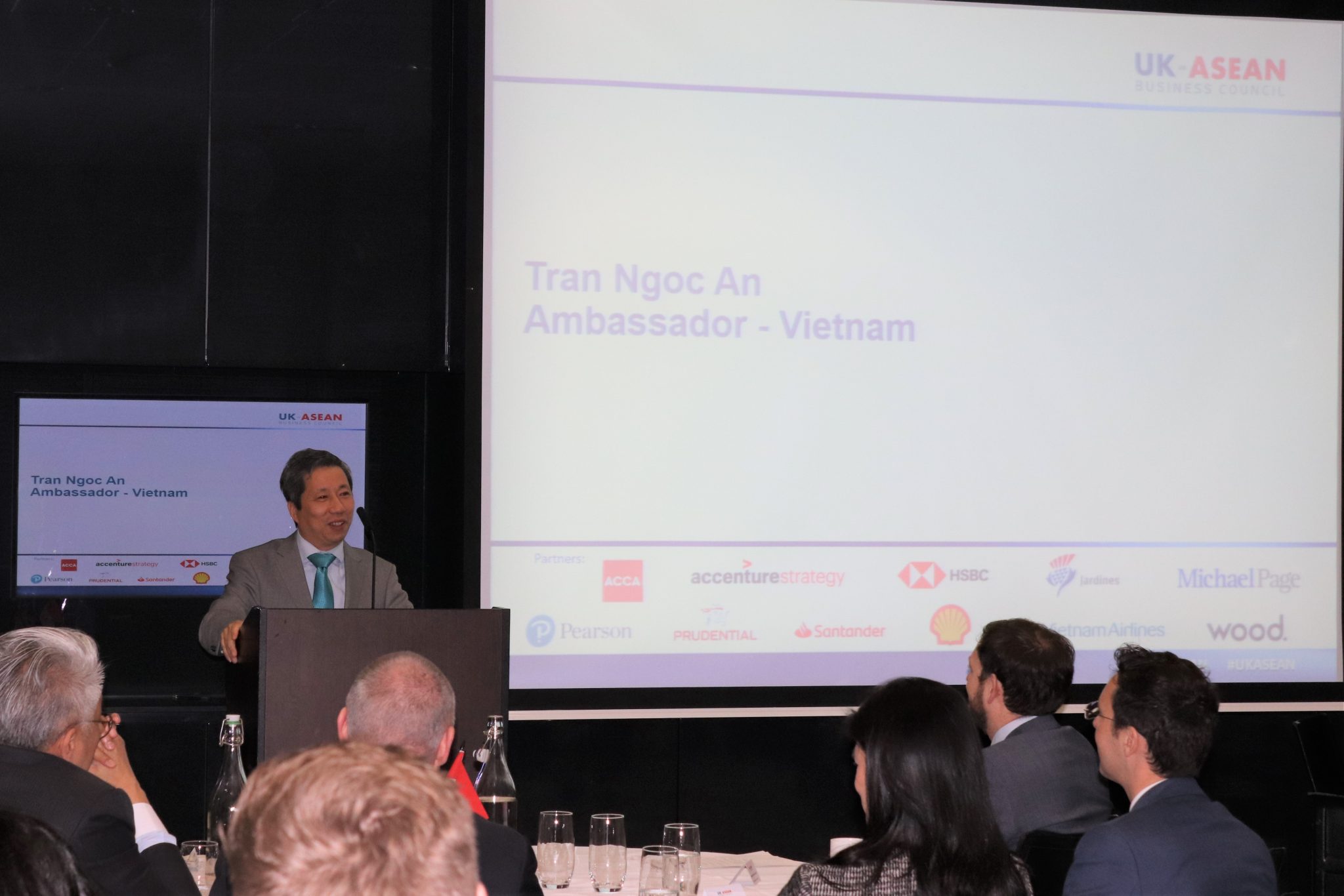 In his keynote address Ambassador An, the Ambassador of Vietnam to the UK, said that this year Vietnam will play the unique double role of ASEAN Chairman and a non-permanent member of the United Nations Security Council. Ambassador An noted that as ASEAN Chair, Vietnam will work closely with other ASEAN member states to promote and enhance the interest and wellbeing of ASEAN through policy initiatives, coordination consensus and cooperation. The motto for action is ‘think community, act community’. ASEAN is a community and has three pillars namely the ASEAN Political-Security Community, the ASEAN Economic Community and the ASEAN Socio-Cultural Community.

Ambassador An said the regional and global landscape is experiencing rapid, uncertain and increasingly complex changes. Taking those factors into careful consideration and in close consultation with ASEAN colleagues, Vietnam has chosen the theme of a ‘Cohesive and Responsive’ ASEAN. Cohesiveness reflects the need to enhance ASEAN unity and solidarity, economic integration, ASEAN awareness and identity and work towards a people-centred community.

Vietnam has five key priorities to implement the theme:

ASEAN has over 650 million people with over 400 ethnic groups. Developing cohesively is very important. It is also in ASEAN’s interest to promote economic integration and economic connectivity. Ambassador An said ‘We want to better equip ASEAN economies and people to adapt to the dynamic changes of 4IR and the digital economy’.

Vietnam wants to promote ASEAN identity and awareness among ASEAN and throughout the world, enhancing ASEAN global partnership for peace, stability and sustainable development. Vietnam would also like to increase ASEAN’s institutional capacity and effectiveness.

Ambassador An noted that ASEAN welcomes the UK’s good intentions and efforts. He said, “We support the UK’s deeper involvement with ASEAN in terms of trade and investment, cooperation for peace, stability and development”. He went on to say that he is delighted to see the UK paying more attention to ASEAN and that both sides have great potential for a stronger partnership. 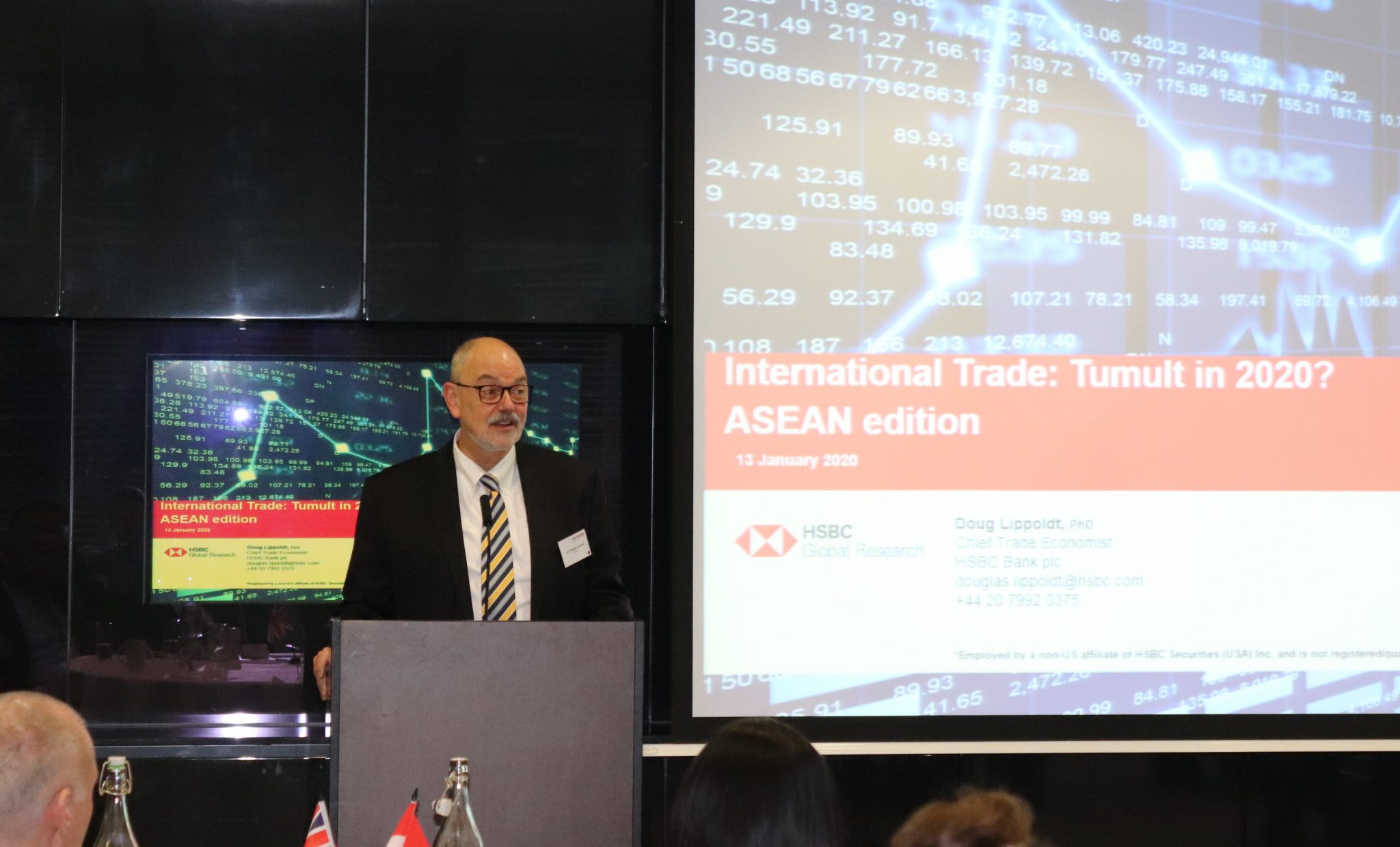 Following on from the keynote address, the ASEAN Briefing heard from a panel of experts on ‘What to watch out for in 2020’ moderated by Oxford Business Group’s Editor-in-Chief, Oliver Cornock. The panel began with a presentation by Dr Lippoldt, Chief Trade Economist for HSBC who painted a picture of optimism in tumultuous times. The panel featured business executives from ACCA and Pearson along with DIT’s Deputy Commissioner for ASEAN.

In a time of global trading tension and slowing economic growth, Southeast Asia remains resilient. The panels economic outlook was positive, and HSBC anticipates ASEAN’s exports will have a stronger pace of recovery compared to the rest of the world

Responding to a question on how ASEAN is affected by the US-China trade dispute the panel responded by saying that some ASEAN economies are benefitting, value chains remain sticky and ASEAN business has shown itself to be resilient, with some finding innovative solutions such as setting up in the US.

One area of concern raised by the panel is non-tariff barriers (NTBs). The panel agreed that this is an area that needs attention including NTBs in services. It was pointed out that the ASEAN Economic Community Blueprint 2025 includes services and ASEAN would like to see liberalisation and alignment however progress has been slow. Services are an important complement to manufacturing but are also important in their own right. 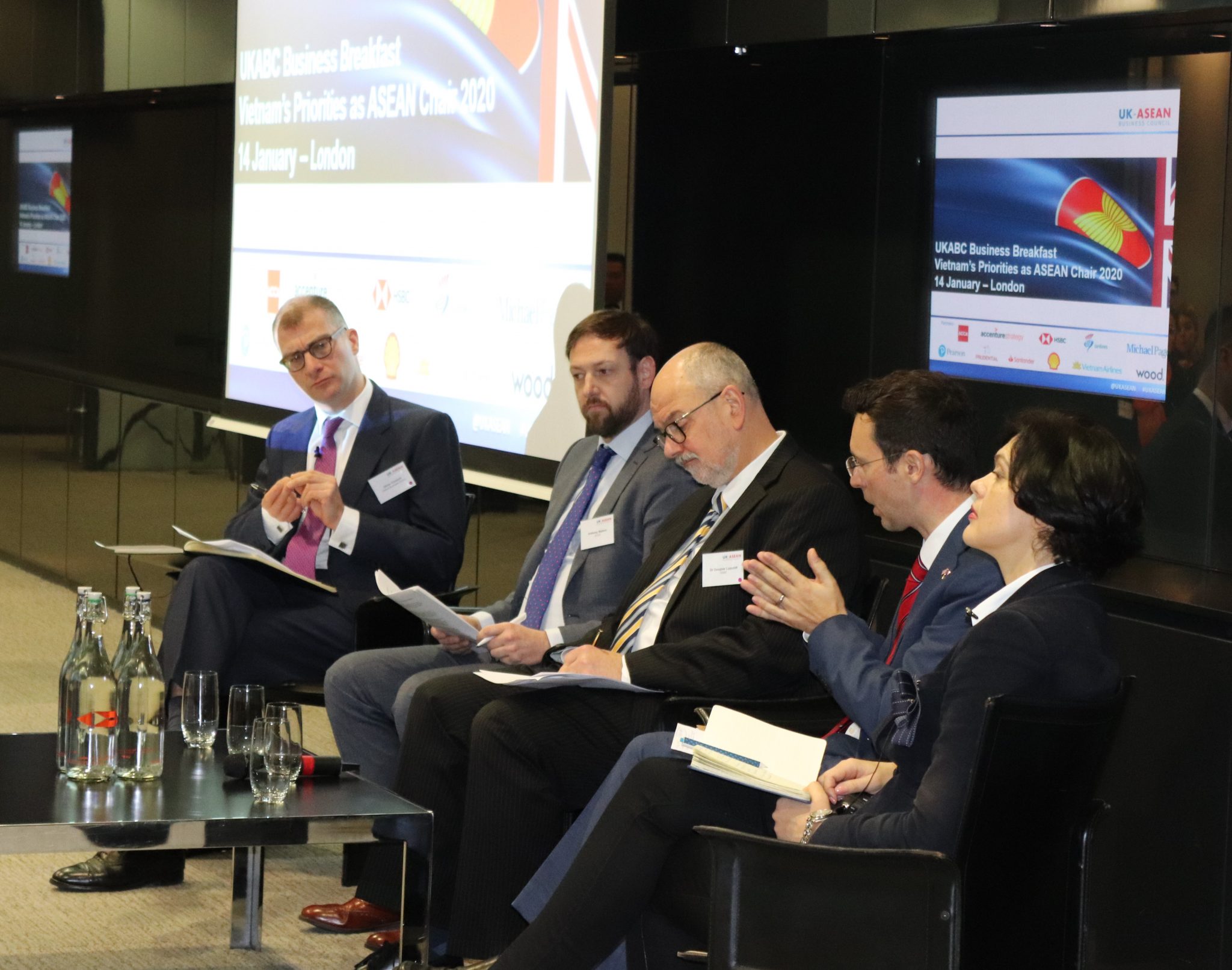 In his comments Sam Myers, Deputy Trade Commissioner highlighted that the UK government has had a long-standing relationship with ASEAN and the ten ASEAN Member States including dialogue partnership status for over 40 years. This is a priority for continuing in the future. The UK government has a mission in each of the ASEAN countries and now has representation to ASEAN with the first British Ambassador to ASEAN in Jon Lambe who presented his credentials on the 28th of November last year.

The new mission was officially opened by the UK’s Minister for Asia-Pacific on 15 January.

Mr Myers went on to share specific areas of UK-ASEAN partnership including:

Another key theme of the panel was on skills, professional qualifications and lifelong learning. Mr Walters of ACCA noted that there is a growing demand among employers for professional qualifications and alignment with international standards. ACCA’s Global Economic Conditions survey shows growing confidence within the region and in Vietnam particular against the backdrop of a global economic slowdown. With this growth, there is an increasing need for firms to professionalise and equip their staff with the right skills.

Ms Yerokhina of Pearson gave the example of Thailand where, with the strong support of the Thai government and business community, the skills agenda has been transformed from the classical classroom to one that is modern, flexible and with educational programmes. These programmes are skills and career-focused and implemented by government and educational providers in both the public and private sectors.

Ms Yerokhina went on to say that while some ASEAN countries have high levels of basic education, literacy and numeracy, the average of ASEAN’s human development index is still below that of countries with the same income levels. A child born in ASEAN today is likely to achieve only 59% of their productivity level by the time they reach their productive age compared to countries with higher investment in education and health according to the World Bank’s Human Capital Index. Without interjections into the foundations of education and skills, the ASEAN countries will not achieve the pace of growth they are looking to sustain.

For more information on how to get involved in UKABC’s work and partnership opportunities get in touch with ken.wells@ukabc.org.uk. 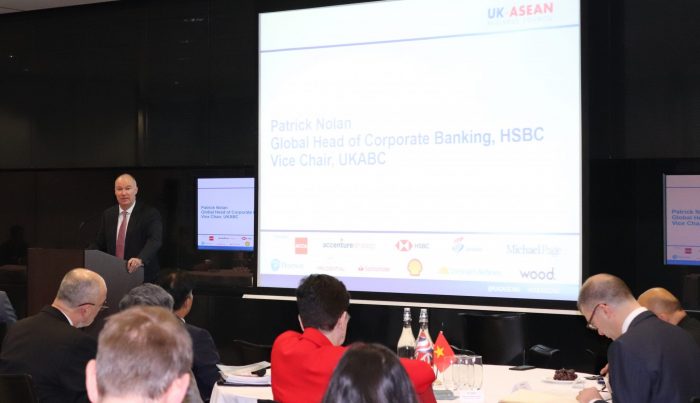 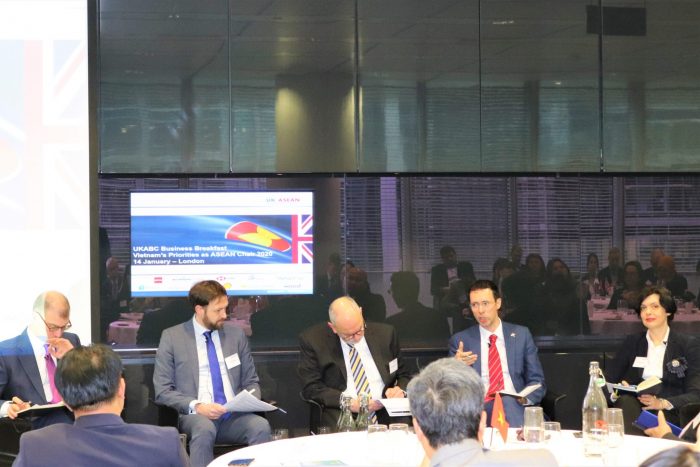 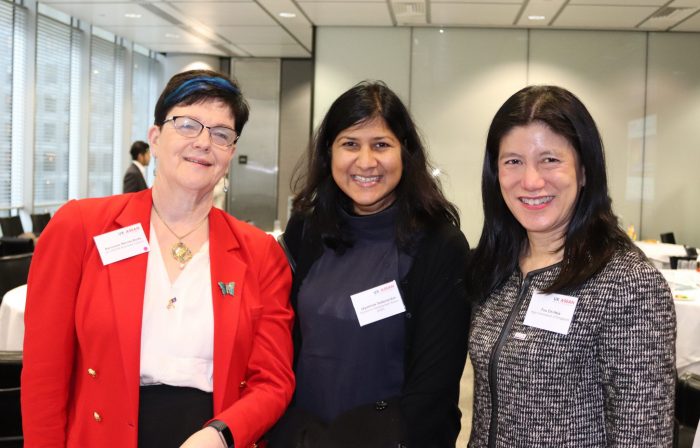 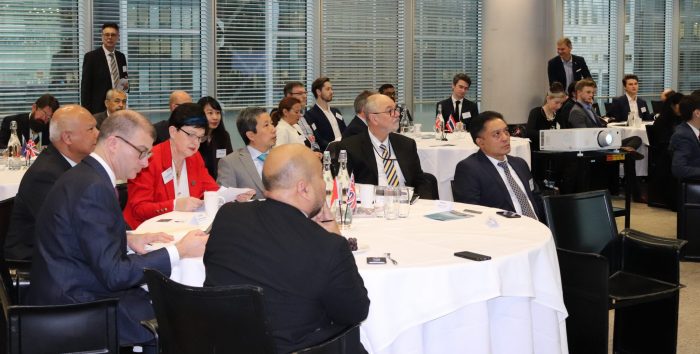 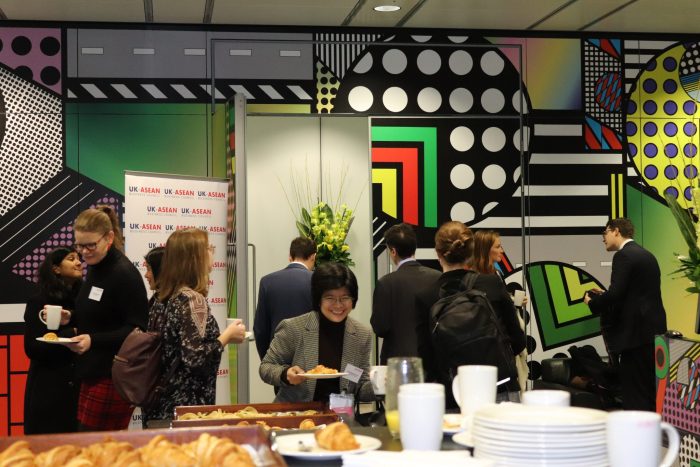 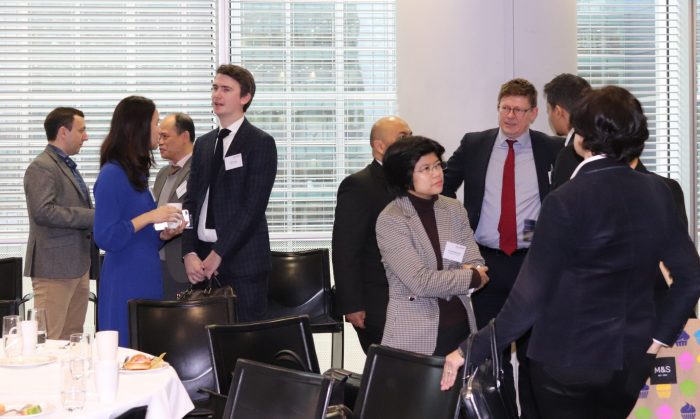 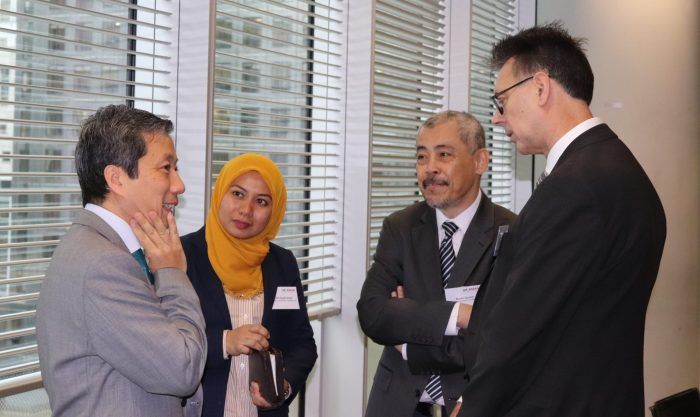